In an unassuming building on State Street in Ann Arbor, Michigan, I met
the head of the Avis Empire in 2001, the man who had built and sold Avis Rent A Car and all its innovations in the 1960s. His small staff buzzed productively from room to room as he announced, “Each worker for Avis is respected…” 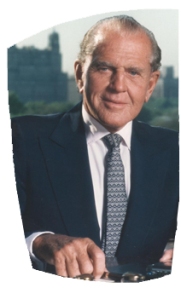 Why create the Shared Participation theory?
I wanted to contribute something to the business culture.  I had been very successful, and had spent ten years at Harvard Business School and knew I wanted to do something people would benefit from.  When I look at the Newman’s Own salad dressing bottle, I see that $100 million has been donated to charity as a result of people buying that bottle.  It makes me feel good to do it.
Team management is a buzzword in today’s business society, but if you include regular meetings, with truly anonymous comment systems, will work every time.  Blame the implementation, not the system if it fails.
This was first an idea in the 1970s as a shared problem-solving process.  The growth of the system, and the books I wrote led to the formation of Shared Participation using team implementation.  By forming teams, with regular meetings and anonymous comments, people learn to respect the process, and most importantly, learn to respect each other. Using Shared Participation, you learn that every voice in your structure is important. This brings harmony by allowing two people in a conversation to really listen.  You cannot out think the system, you cannot out think a team of five people.  It simply is not possible.
The Montgomery GI Bill made the United States the great nation it is today, because it changed the educational value system in this country.  Before, most families didn’t send children to college because of the cost, because they didn’t see the value in higher education and the ability to get it.  With the GI Bill, many families of all incomes suddenly had the ability.
It has educated our nation like nothing could.